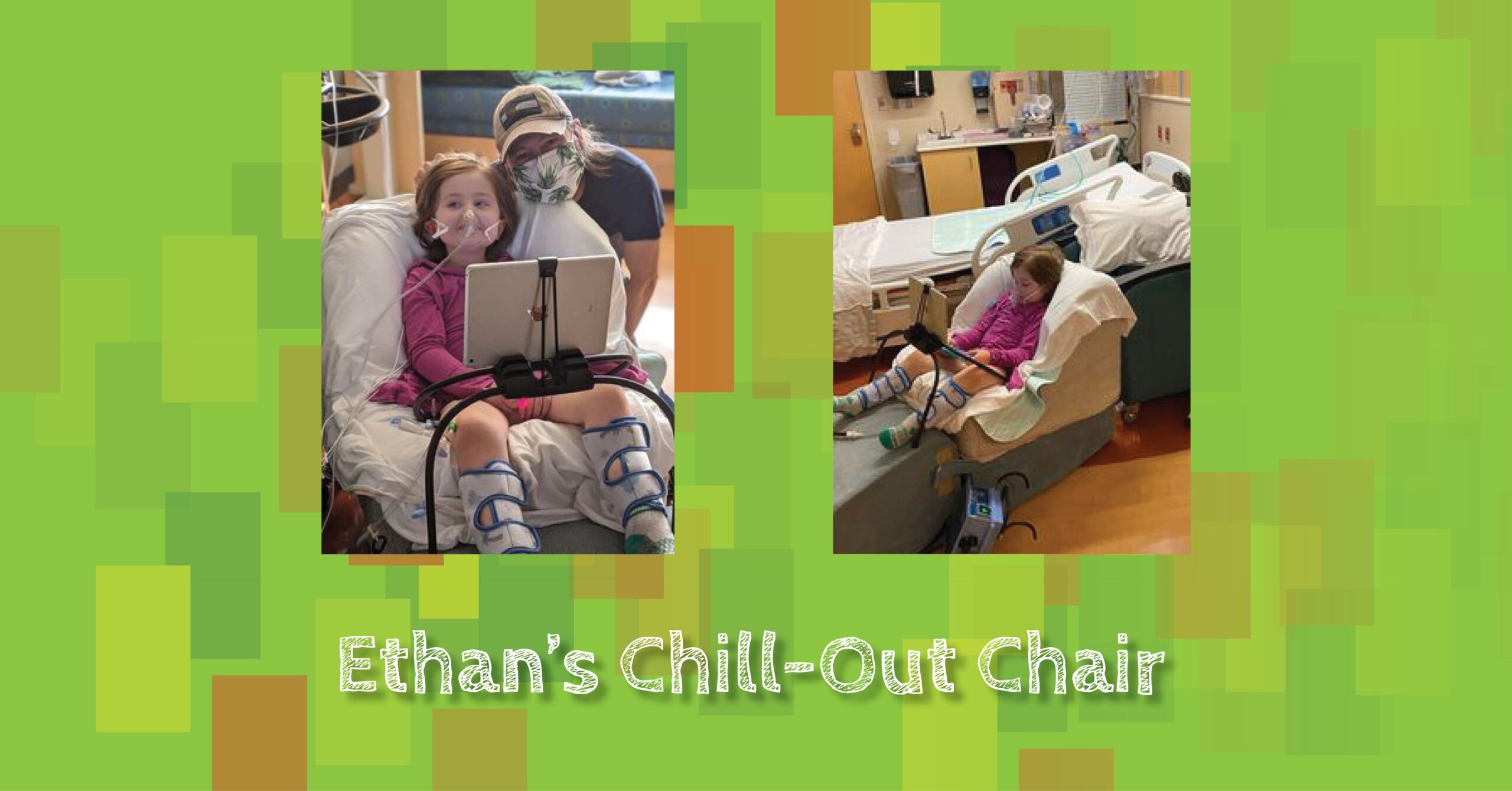 “He’s one of those kiddos where if I didn’t tell you his medical history, and you just met him, you wouldn’t actually know what he’s faced,” Christine said. “And that makes it that much more shocking for people when they do hear what he’s faced because it’s so hard to marry those two images of this little boy who is the life of the party all the time with this little boy who is also hospitalized all the time.”

Ethan has a genetic deletion disorder called Currarino triad. He was born six weeks early with a two-and-a-half-pound tumor that grew near his tailbone, up into his pelvis and out of his body. Christine said she and her husband didn’t know anything was wrong during the pregnancy, as the routine monitoring and ultrasounds looked great.

“When he came super fast and early, we were expecting maybe a small NICU stay,” Christine said. “But once he came out, it was one of those the-room-falls-silent-moments, because it was immediately apparent that something was really, really wrong.”

Due to the tumor in utero, Ethan’s pelvic organs weren’t given the chance to form properly. A part of the tumor grew up into his spinal cord, so Ethan also has an L4 spinal cord injury.

When Ethan was four days old, he had his first surgery to remove the tumor and his tailbone and to have a colostomy placed. Ethan had a stroke during the surgery that resulted in cerebral palsy, so in addition to Currarino triad, he also has epilepsy caused by cerebral palsy.

“At this point, we’re seven and a half years later, we don’t even count the number of surgeries that he’s had because there have been so many,” Christine said. 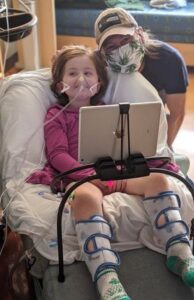 When Ethan was two years old, Christine began looking for alternative seating options to help with his positioning.

“He’s got so much damage to his spinal cord, and he is mobile, but he also has a lot of pain and discomfort,” Christine said. “Being in his wheelchair all the time is not good for his hips or joints, so we wanted something really comfortable for him while he’s in the house.”

The Cerratos were originally looking at another alternative seating option, however their mobility equipment rep suggested the Chill-Out Chair instead, saying he felt it would be a better option for Ethan.

“We got the Chill-Out Chair a couple of months later, and it was love at first sit, he spends so much time in it,” Christine said. “We’re constantly having to boot his older brother and sister out of the Chair because they love it so much.” 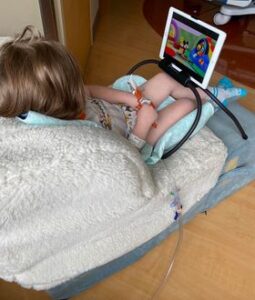 According to Christine, the highlight of Ethan’s Chill-Out Chair has been using it to help his recovery from his painful abdominal-related surgeries. An important part of recovery is getting Ethan out of bed and sitting in the hospital’s vinyl reclining chairs, which was difficult.

“Those recliners that are in the inpatient rooms are my size, and they’re vinyl for sanitation purposes,” Christine said. “But that also means that you’re putting a six-year-old into that chair after they had a really hard surgery, and they’re in a lot of pain, and no matter what you do, they’re sliding down even though you’re putting pillows around them as much as you can to make it as comfortable as you can.” 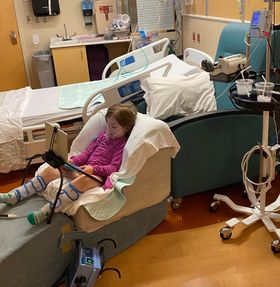 For one of Ethan’s major surgeries, Christine asked her husband to bring Ethan’s Chill-Out Chair to the hospital.

“We brought it out of desperation because his wheelchair was so uncomfortable for him while he was recovering, and the recliner in the room was just impossible,” Christine said. “He’s so comfortable in the Chill-Out Chair. He’s able rock himself, his feet are elevated the way they need to be, and his arms are secure so they’re not flopping out everywhere.”

Christine was amazed by how comfortable Ethan looked post-op, and his recovery ended up being much faster than what was expected.

“They prepared us that we would probably be inpatient for 10 to 14 days, but we were out in seven days, and I think part of that was just being able to get him into the most optimal positions for him to be comfortable and less stressed,” Christine said. “So we bring the chair for all of his hospitalizations, because it’s just incredible.”

Christine said even Ethan’s doctors and nurses were impressed with the Chill-Out Chair.

“Every single surgeon who came into Ethan’s room was like ‘Where did this come from? I have another patient that I would love for them to be able to sit like this,’” Christine said. “So I just really hope that people realize that this isn’t just a sofa, it isn’t just a rocking chair, it’s actually a really phenomenal piece of equipment that can really help the recovery process for patients.”

Although the Cerratos have many pieces of medical equipment for Ethan, Christine said the Chill-Out Chair is the one piece of equipment they have used daily for the last five years.

“If we looked at how much it has cost per day to use it, we’re at a fraction of a penny because we’ve had it for so long and he uses it everyday,” Christine said. “It’s his go-to, like anytime you would get comfortable on the couch, he gets comfortable in his chair.”